Free Lemon Law Help Get a Refund, Replacement or Cash Contact Us for a Free Case Review

Repossession law prohibits a repo man from committing a “breach of the peace” during the repossession process. Breaching the peace during an auto loan repossession can include using physical force or threats of force and breaking into locked buildings.

All laws on repossessing cars prohibit breaches of the peace. If one occurs your auto lender or the repo company may be required to pay a penalty or compensate you for any harm done to you or your property during the auto repossession process.

In fact, the repossession company cannot violate any repo laws or other laws during an auto repossession, including during the post repossession procedure. If they do you may be entitled to actual and statutory damages under federal and state law as well as legal representation at no cost.

If you are expecting repossession or have been already repossessed there are things you should know about repossession, including steps to take to mitigate or lessen the consequences of repossession. And except for a voluntary repossession vehicle, a breach of peace while repossessing a vehicle is always a possibility so be prepared.

What if the Repo Man Breaches the Peace During the Repossession?

Video the encounter on your smartphone (or have a family member do so) so that you can prove what happened. If a loud and rowdy confrontation arises, make note of the individuals who witnessed the incident or were affected by it. And you are in fear for your safety you can contact the police. If the police are present at repossession, make sure to get the officer’s name and a copy of any report the officer makes regarding the incident.

If you discover that your vehicle has been repossessed from a locked area of your property, video the scene, focusing on any broken/cut or removed locks or chains, as well as any damage done to the points of entry.

If you believe that a repo man crossed the line in taking your vehicle, or has stolen your personal property from within a vehicle that was repossessed consider contacting a consumer protection attorney.

What Happens When the Peace is Breached During the Process of Repossessing a Car?

For example, laws for repossessing a car provide the repossession man cannot enter a closed garage to repossess your vehicle (but they can take a car sitting in your driveway). Likewise, an auto repo can’t occur in a gated community or apartment unless they have legal access within the property to start.

Not all repo men are “this nice” when breaking the law. There are repo horror stories out there about repo men really crossing the line.

Repo While the Consumer Was Still in the Car

In one case, a consumer caught a repo man in the process of repossessing her vehicle. She protested the repossession, jumped inside the car, and locked the doors. The repo man continued with the repossession, drove the car and the consumer to a repossession yard, and left her there in a padlocked yard patrolled by a Doberman Pinscher guard dog. The consumer was left in the yard until she was later rescued by her husband and the police. MBank El Paso, N.A. v. Sanchez, 836 S.W.2d 151, 152 (Tex. 1992).

Another time a consumer caught a repo man in the process of repossessing her vehicle. She protested the repossession and jumped inside the car along with her daughter. The repo man continued with the repo and drove off with the two women in the back of the vehicle with the doors open. All while the consumer’s family and neighbors screamed and yelled for the repo man to stop. The police finally stopped the repo man and made him return the vehicle to the consumer’s driveway. Smith v. AFS Acceptance, LLC, No. 11 C 5340, 2012 WL 1969415, at *3 (N.D. Ill. June 1, 2012).

Still again, a consumer caught a repo man in the process of repossessing her vehicle and protested the repossession. The repo man grabbed her by the neck, threw her to the ground, and took the vehicle by force. Thereafter, the repo man allegedly set the vehicle on fire and dropped it off his tow truck hoist just before police arrived. Kouba v. E. Joliet Bank, 135 Ill. App. 3d 264, 265, 481 N.E.2d 325, 327 (1985).

These are just a few examples of some of things repo men have been found to do. If you are expecting repossession there are things you should know and steps you can take. And if you’ve already been repossessed and have your own horror story, contact us to see if you can void repo charges or if you’re eligible to receive a cash award.

And even if the peace wasn’t breached, a technical violation of your repossession law rights under the Truth In Lending Act, the Fair Debt Collection Practices Act, the Fair Credit Reporting Act, the Telephone Consumer Protection Act, the Uniform Commercial Code and/or other federal and state fair debt collection laws may have occurred. If so experienced consumer protection attorneys may be able to provide you inexpensive or even no cost representation to help save your vehicle or get it back or recover you a cash award. 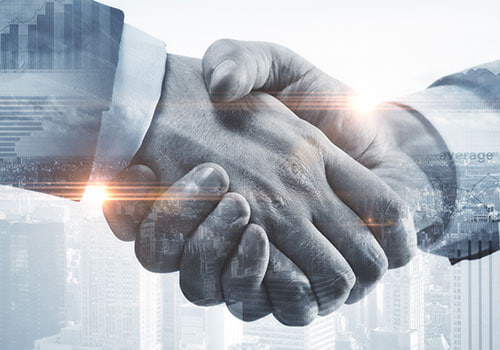 Lemon Law Statutes
Client Reviews
★★★★★
I want to personally thank you for all your assistance and guidance with this. I value everything you did and hope I will not have to use your service, but will highly recommend your office. Diana
★★★★★
I received the payment for my settlement. I really appreciate your firm for the representation. You all did a wonderful job and in the future if I need assistance you will be the first I would call. Thank you and i will make sure that I give you plenty referrals. Thank you again!!! Montreesia R.
★★★★★
Thank you all for your time and dedication to my case. The fact that it was done from another state is astounding. You all did such an awesome job with communication and efficiency. Diamond F.
★★★★★
Thank you for the work you have done. I didn't know what to do, but you did. I appreciate the time you took with me. Thank you again for winning the case. Athenia P.
★★★★★
Mr. Weisberg and his firm took our case and they were the best! Professional, friendly, responded quickly. The Lemon Law applied in our situation and was settled with quick results. we would highly recommend this firm. Pat
View More
Submit a Law Firm Client Review