Free Lemon Law Help Get a Refund, Replacement or Cash Contact Us for a Free Case Review 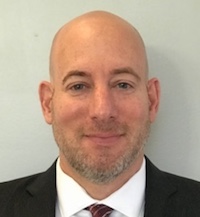 Alex Weisberg is the founding partner and managing attorney of the Weisberg Consumer Law Group, PA.

Mr. Weisberg has been practicing consumer protection litigation exclusively since November of 2000. Mr. Weisberg has participated in hundreds of consumer arbitration hearings and has tried to jury verdict dozens of consumer protection cases in Florida, Illinois, Texas, New Mexico, Colorado and Washington. Mr. Weisberg has also prevailed on appeal in Florida on such landmark issues as ensuring lessees of vehicles have federal breach of warranty rights throughout the State of Florida, ensuring consumers successful in Lemon Law arbitrations still have the right to pursue other legal damages in a court of law, and preventing automobile manufacturers from denying consumers their day in court by through adhesive arbitration agreements.

The United States Court of Appeals for the Eleventh Circuit affirmed the district court’s findings that a debt collector violated several provisions of the federal Fair Debt Collection Practices Act, that the debt collector was unable to take advantage of the bona fide error defense to the consumer’s claims, and that the consumer was entitled to the maximum statutory damage award available. Ponce v. BCA Fin. Services, Inc., 467 F. App’x 806, 809 (11th Cir. 2012).

The United States Court of Appeals for the Eleventh Circuit endorsed a broad interpretation of the federal Fair Debt Collection Practices Act in finding that a “debt,” as statutorily defined, is created where an obligation to pay arises from a transaction, even absent an extension of credit. Barry Oppenheim v. I.C. System, Inc., 627 F. 3d 833 (11th Cir. 2010).

Non-Legal Activities
Featured Cases and Matters
Ready to Start?
Dirty Dealers
Client Reviews
★★★★★
I want to personally thank you for all your assistance and guidance with this. I value everything you did and hope I will not have to use your service, but will highly recommend your office. Diana
★★★★★
I received the payment for my settlement. I really appreciate your firm for the representation. You all did a wonderful job and in the future if I need assistance you will be the first I would call. Thank you and i will make sure that I give you plenty referrals. Thank you again!!! Montreesia R.
★★★★★
Thank you all for your time and dedication to my case. The fact that it was done from another state is astounding. You all did such an awesome job with communication and efficiency. Diamond F.
★★★★★
Thank you for the work you have done. I didn't know what to do, but you did. I appreciate the time you took with me. Thank you again for winning the case. Athenia P.
★★★★★
Mr. Weisberg and his firm took our case and they were the best! Professional, friendly, responded quickly. The Lemon Law applied in our situation and was settled with quick results. we would highly recommend this firm. Pat
View More
Submit a Law Firm Client Review